To Parsley or To Apple?

I’ve been interested in 3D work lately which is something I’ve done in the past. I am trying to think of a new project idea that is both doable and challenging. So far I have come up with the idea of creating a garden scene featuring Parsley and an apple (in a kitchen scene probably). The apple is winning out so far because the Parsley is actually a lot more complicated. Just to show what I mean, here’s a picture of some Parsley from my Mom’s garden: 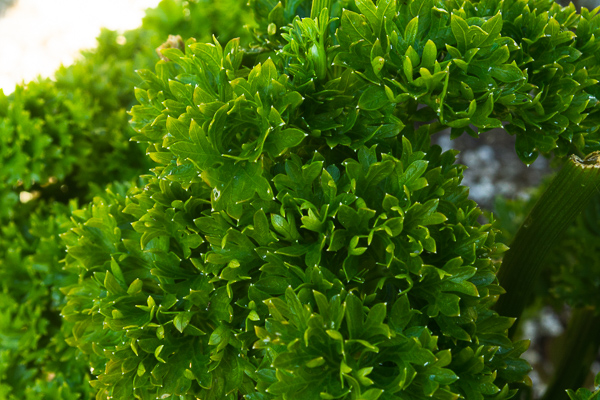 As you can see, the Parsley is actually very wavy and curled in such a way that makes the leaves hard to lay flat and scan which is what I would be doing if I was making them as a model. Perhaps I am wrong and I will make Parsley, but modeling the leaves would be quite a challenge (I wonder if it could be made procedurally?). Anyways, I will decide which I do soon and update you on my progress!

So I created this blog mostly as a exercise to learn WordPress development. The current design is of my own making and though it may not look like much, I’m very excited about it. Some of you may know my old blog which can be found at blog.timothygrindall.com. All my old posts can be found there and some of them are pretty good (though some are terrible). I will be updating this blog’s design once every month so check back soon for updates!